Nearly three years after beginning work next to the Figat7th shopping mall in Downtown Los Angeles, developer Brookfield Properties and general contractor Webcor have completed vertical construction of Beaudry – one of the City’s tallest residential buildings.

Located on a long-vacant site at 960 W. 7th Street (previously referred to as 755 S. Figueroa Street), the more than 600-foot-tall building will feature 785 residential units in a mix of studio, one-, two-, and three-bedroom layouts, as well as parking for 831 vehicles in a podium garage.

“Today marks an important and exciting milestone as we top out and officially name Beaudry,” said Brookfield executive vice president Bea Hsu in a news release. “We are proud to be part of DTLA’s evolution and growth as a place to live, work and play. This project has been a key initiative in Brookfield’s commitment to placemaking, adding DTLA’s finest new residences to what will now be a truly mixed-use superblock, with excellent access transit and amenities in the heart of downtown.”

Marmol Radziner is designing Beaudry, with LARGE Architecture serving as executive architect. The building is described as having a mid-century modern inspired, indoor-outdoor aesthetic, with floor-to-ceiling windows, terrace decks, and a lounge on the 57th floor. Other common features include a podium top amenity deck, as well as co-working spaces, a golf simulator, and a swimming pool.

Beaudry is currently expected to open for residents in early 2023.

The tower is billed as the final component of a master-planned development first conceived by the late developer Robert Maguire in the 1980s. Brookfield now owns the full site, which includes Figat7th as well as the neighboring 777 Figueroa and EY Center office towers. Prior to losing control of the site, Maguire had planned more offices at the 960 W. 7th Street as recently as 2006.

Brookfield, which is the largest office landlord in the Downtown market, is also planning to construct a 34-story residential building adjacent to Bank of America Plaza, and recently signed Adidas and Forever 21 as office tenants at the revamped California Market Center in the Fashion District.

Other investors are also planning high-rise buildings in the neighborhood surrounding Figat7th. Across the street, Mitsui Fudosan America is in construction for a similar 42-story apartment tower.

Join our interest list to receive the latest information and news on Beaudry. We look forward to staying connected with you on pricing, applications, and in person tours available later this year. 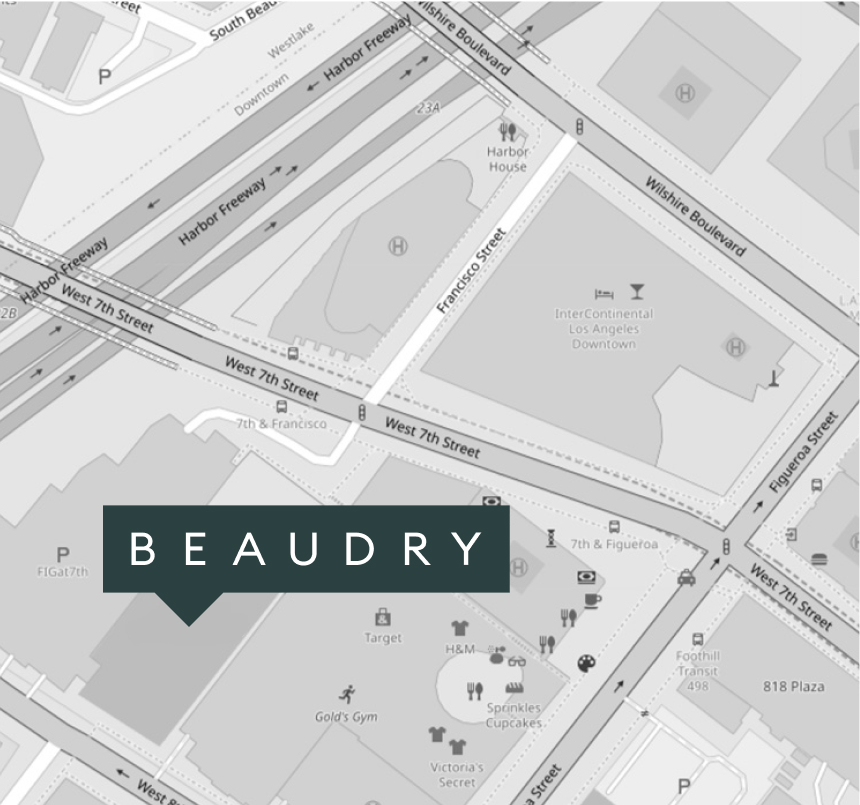